Many thanks to China and the Western globalism

For easy reading and understanding, today I will call the experimental anti-Covid-19 sera „vaccines”

Political step by political step, the foundation of the Covid-19 vaccine race is revealed to the public. It has very little to do with the science of protecting the life and health of humans – traditionally called medical science -, but everything to do with bad politics. And it doesn’t seek to restore anything, much less our one-year-gone normality. It’s pure and simple warfare. Geopolitical. In which humanity, but mainly the Civilization (the West known until recently as The Free World) is the victim. And yes, culturally and geopolitically,  Romania is West.

For instance, China will allow foreigners to enter the country, but has instructed embassies around the world to issue visas only to those who have been vaccinated against Covid-19 with a Chinese vaccine, PJmedia reports.

China has produced so far 5 vaccines. None, however, has been authorized even experimentally (as all other Covid-19 vaccines are authorized, by the way), not even by the WHO – probably due to the refusal to provide the results of current clinical trials. Brazil, on the other hand, has completed a phase 3 clinical trial with the main Chinese vaccine, Sinovac, which shows that it is the least effective of the vaccines authorized by now, namely 50.38% (immunogenicity, not necessarily anti-Covid immunity and protection).

What then? What would be the reason for this Chinese diplomatic move? I hope you didn’t imagine it was intended to protect the life or health of the Beijing regime’s subjects or, in general, of people’s lives and health. No. It’s about money, control over population and geopolitics.

Since the beginning of the vaccine race, China has made steady efforts to sell its vaccines to third world countries. But last week China’s financial plan was overturned by Quad’s decision – the partnership between the US, India, Japan and Australia – to manufacture 1 billion doses of US vaccines to be distributed in Asia by the end of 2022. The billion that the Chinese Ministry of Industry announced in January his country would produce.

As a result, China has counterattacked diplomatically by banning foreigners (many of whom work or do business in China) from obtaining a visa without a vaccine made in China. Communist diplomacy; magic vaccine diplomacy or the diplomacy of magic vaccines, same thing. China first.

However, Chinese Foreign Ministry spokesman Zhao Lijian denied the idea of „vaccine nationalism”. Of course he denied. Meanwhile, Western officials continue to say the vaccines authorized by them are „safe and effective”. And everybody lies, of course. Diplomacy is, mainly and for too many, the art of serene lying and deception. Besides, when did the communists ever tell the truth other than by mistake? And I’m not talking just Magic China…

You know, of course, that at international level a sort of „immunity passport” is discussed – an abuse unprecedented in the political history of mankind – which is intended to be put into practice in international relations for a flu-like virus and disease. Great. But this (political not scientific) issue raises new questions related to our seriously damaged freedom of movement (you know, that fundamental human right according to UN, EU and other modern constitutions): who, how and with what authority will determine which „immunity passport” is valid if not all countries or  geopolitical blocs accept or authorize any vaccine? 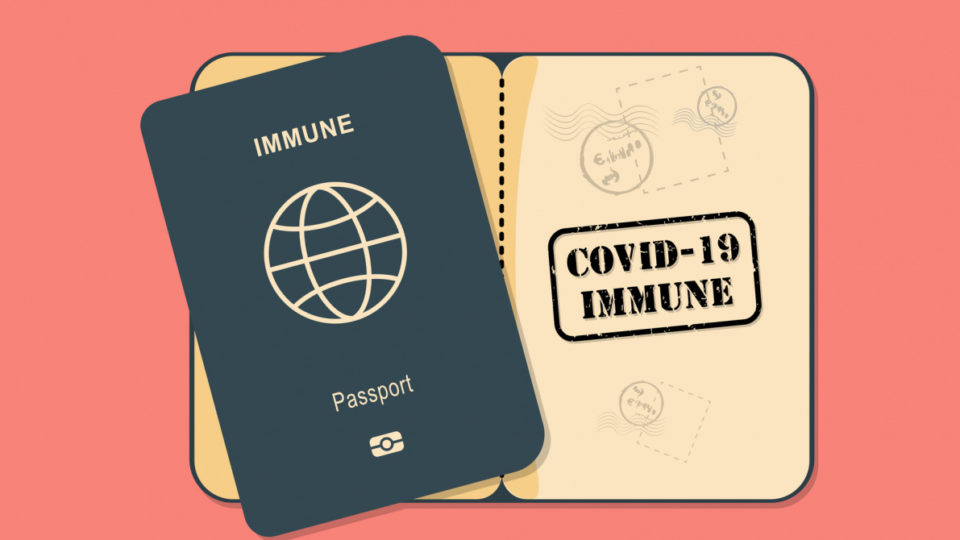 At the WHO, a UN branch or rather a China branch, the answer could be, as usually, the vote. The vote of the bureaucratic impostors representing the member states – 194 in number, where the civilized and (still) democratic countries of the West remain a minority. Because, of course, science and medicine are settled politically in the Covid era. Geopolitically.

I wonder how would our Romanian scientologic bureaucrats vote? Following the Chinese, Europeanist or Arafatological [from our Raed Arafat] model?

For those who do not know, the Romanian anti-Covid policies are dictated (discretionary and pseudoscientifically) since March last year by Raed Arafat (an obscure Syrian-born Romanian intensive care physician of Palestinian origin), the irremovable head of our DSU [the Romanian Department for Emergency Situations within the Ministry of Internal Affairs], and obediently applied as such by our „liberal” government (PNL + USR + PLUS + UDMR). Our Romanian government assembled from political parties enjoying alltogether the confidence of maximum 15% of our population, according to the results of the last parliamentary elections when 70% of the Romanian citizens did NOT vote.

This is the democratic legitimacy of our Covid-Government: 15% tops. This is the legitimacy of our entire political class: 30% tops. Speaking just numbers, not the democratic quality of our ruling class, the one making discretionary decisions about our lives, health, freedom and well-being. It’s a fact. Political fact. What about Europe and the rest of the West? But more important, what about us, the people of the Western Civilization? Harsh question for the ruling class, sad anwser for us, the people,  at least for now.

The support of our public is essential for the maintenance and development of the ACIDmedia page. Any donation is welcome. Thank you!