His adversaries will lie and steal, but the good people of America will vote, and Donald Trump will win. For the West and the (yet) Free World it’s vital. I don’t know how many Europeans understand and will rejoice, but I know the price of this victory will match its geopolitical importance and will be payed, as usually, by the American people. The domestic and foreign Left will take care. Which means there may be blood.

Yes, for the Election Day and after, dedicated riots and destructions are expected – „peaceful protests”, Democrats say. In DC, students are warned to stockpile food and medicine for at least a week of civil „unrest” – euphemism for the anti-Trump insanity. All over the US, the law enforcement and the ordinary citizens prepare to cope. Because they can. Americans have what no European country has: a Declaration of Independence and a Constitution that guarantees their right to defend themselves from tyranny, in the name of Life, Liberty and the Rule of law. No, President Trump and ordinary citizens don’t’ want civil war; the Left wants it. Legal owners of firearms don’t want to use them; but they will if they have to. Gear up, stand up, fight back; this is the idea. Impossible in Europe. 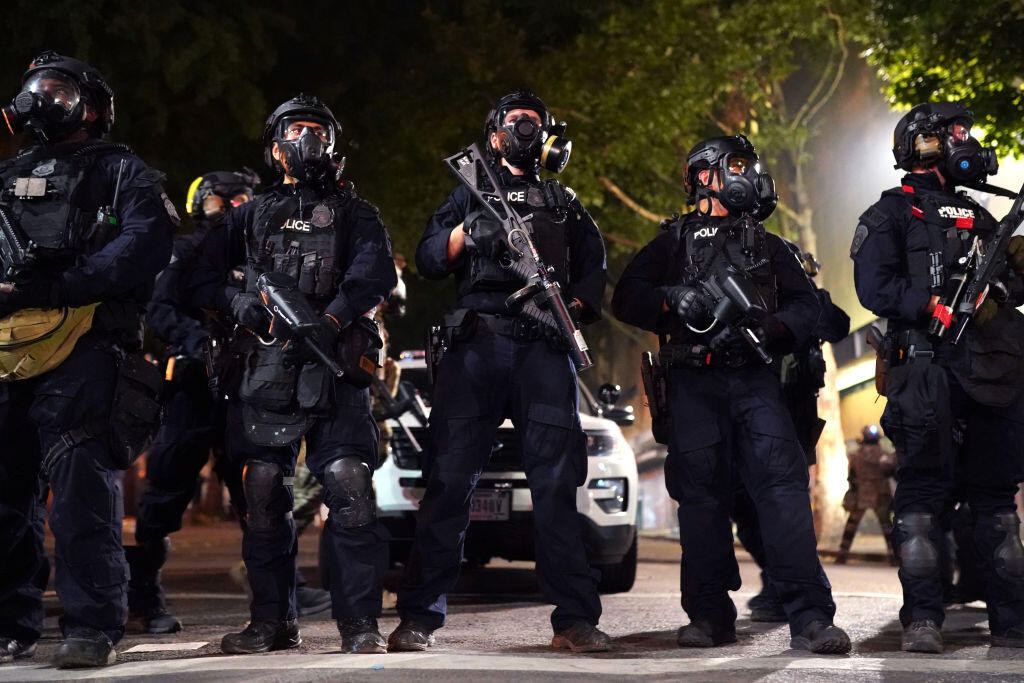 In the name of Truth, Liberty, Peace and Christianity

Many don’t believe, don’t understand why still Donald Trump. Simple: because the American Left, synonymous with anti-America, went too far with the „fundamental transformation” announced by Obama in 2008. So far that Americans eventually understood what he meant. Trump’s adversaries, the ‘transformers’, have lied continuously. In Congress, in courts of law, on TV in the press, in social media, in schools, in universities, with no shame and no limits. They still do. But the President and his team have exposed them day by day, lie by lie, and showed to the American people, through facts, evidence and results, that reality is different. 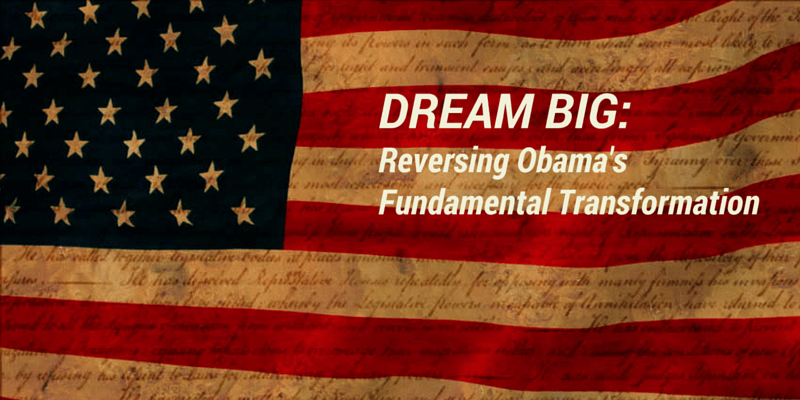 In the name of the tansformative lie, of the ideology of hatred and its ordinary psychopathy, the anti-America, the swamp, the cross-party establishment, the deep state including high federal officials, FBI, DOJ, CIA, instead of loyalty to the President elected in 2016 – their superior and the legitimate representative of the American people – they’ve waged against him a war without precedent in the history of the country. They illegally spied on him and his staff, they blackmailed and destroyed his advisers fabricated evidence, deceived federal judges, obstructed justice, committed treason; anything to remove him from the office. Obama, Hillary, Joe, Kamala, Bernie, Comey, Mueller, Chuck, Nancy, etc., the Russia probe, Russian collusion, Ukraine phone calls, impeachment, impeachment, impeachment. They failed.

The press and the media formally known as journalism, lied, lied, lied the same. The Big Tech of the New Left masterly helped them. Google, Twitter, YouTube, Facebook have suspended, closed and defunded web pages, erased recordings, posts, statements, included from the White House and officials loyal to the American people, the Constitution, the President and the Truth. They failed too.

Then it came the Wuhan virus, the fattest „black swan” of all. In their transformative despair, with the instrumental help of the ‘expert’ Fauci, Birx, Ferguson, WHO, they used it to install the sanitary communism. In order to close and ruin America, hoping this way, at last, they’ll get rid of Donald Trump. They haven’t.

Did they stop? No. They moved to the next level of the fundamental transformation: they have literally started to burn down and demolish America, defund the police, abolish law and order. Free America from America through free violence, destruction and crime. The new Sex&Drugs&Rock&Roll; the old anarchy and chaos, because the specter of Marx from anarchy and chaos reincarnates. In the Obamic vision and language, this is called „civic disobedience”. American mineriads. BLM, Antifa, burn Portland, Seattle, New York, Chicago, Philadelphia, burn Washington, Lincoln, Roosevelt, Reagan, the White House, burn America, burn baby, burn fast, maybe this way we’ll burn down Trump, at last!

But, stubbornly, he didn’t burn. He won both presidential debates (so did Mike Pence). In between he contracted Covid, he recovered in a week, he resumed campaigning, he’s traveling all over the country, his country, state by state, multiple rallies daily. And Americans receive him enthusiastically, on the road, on airports, wherever they can, wherever they are allowed by the sanitary communists. And they vote early in an unprecedented number – some say these are Biden supporters, but I doubt it; common sense citizens, patriots, are more motivated. And they polish theirs guns and stockpile ammunition – sales have been skyrocketing since this summer. They vote and prepare. Because, same as their President, they are fed up with the fundamental transformation. They want their country back; the America of Washington, Lincoln, Reagan; America the great, the beautiful.

That’s why Trump will win no matter how much the others will steal and cheat. Because his adversaries – communists, yes – have demonstrated lately, clearer than ever, that the Left is synonymous with anti-America, and the President has proven he’s not them. They lie, he exposes them. They want war, he wants peace – Peace through strength, same as Ronald Reagan. They want communism, he wants freedom. They want their law, he wants the law of the Founding Fathers and the order of the Creator. Trump wants his Christian country back, in the name of God and for God’s sake!, while his enemies have become insanely godless. That’s why it will take some time until peace will be reinstated, but he will win. Will win connecting poeple against the fundamental Evil that threatens them, their country and the entire Civilization. The West, yes. This is the stake of this Election Day which exceeds America’s borders.

A Greater Evil Empire. Trump’s America, the only way

In other words, connecting people against the Greatest Evil of our time.

In history and politics sometimes Evil goes too far and reaches an unbearable momentum. Like now in the West, who’s modern vanguard of Liberty, Democracy and Christianity is still America. No, Europe is not; for Christianity and modern democracy it used to be but it’s gone, the 20th century proved it. As for freedom, there was never too much in Europe. That’s why America was born. We the people, One nation under God, broke out from the Old Continent and its monarchical abuses and limitations, and built a country of their own, a republic, a democracy still unique in the world, the ultimate land of the brave and free.

When I was a child – child of communist dictatorship in the big Est-European prison – America, „thanks” to one of its weakest presidents ever, Jimmy Carter, was losing the Cold War with the communism and was about to become the 17th colony of USSR (or of KGB; same thing). A most unhappy momentum for the West, the third in the 20th century. But we were all lucky, it wasn’t meant to happen; God didn’t want it. Thanks to the American people Ronald Reagan moved to the White House. Thanks to the British people, Margaret Thatcher moved to Downing Street 10. And supported by Pope John Paul II, who had already moved to Vatican, and a few Western leaders, they broke to pieces the first Evil Empire and freed my part of continent. 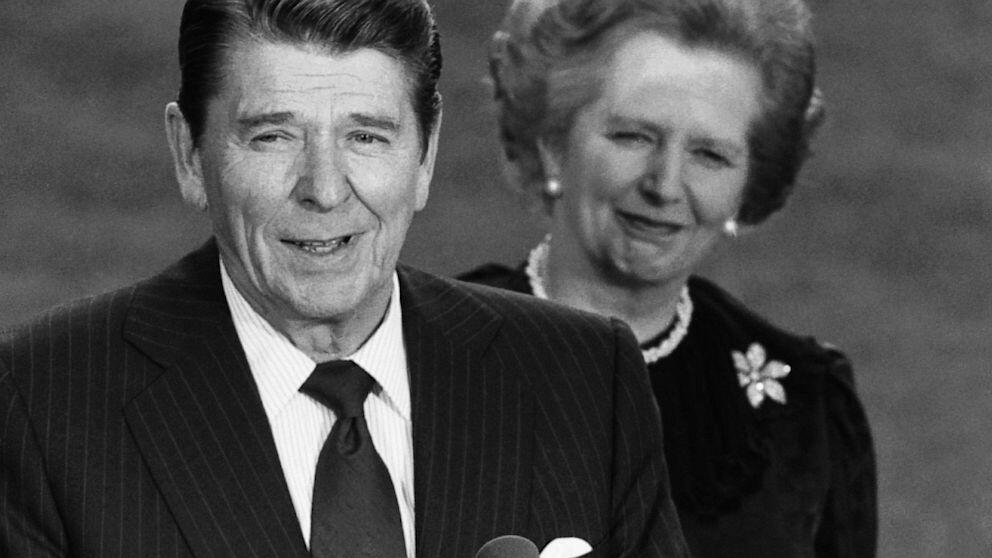 Now it’s harder. America is alone and the Evil Empire bigger. Donald Trump is the only important leader of the West who opposes this momentum of global Evil – China, Russia, Iran, Islam, Communism, Jihad.

I don’t know what’s coming. But I know the survival of the Free and Civilized World depends on Trump’s victory. Geopolitics counts. And I know Trump, in his country, will win connecting not dividing people. He’s divisive, his enemies say. No, he’s not. The Left is the one that always divides through lie, theft, hatred and crime. Trump unites people of all kinds, races, nationalities, with or without ideology, with or without party and political affiliations. He unites them in the name of the truth and common sense, for life, liberty and prosperity, for their country and families. That’s how he will win: so that America will stay America. That’s the idea.

What’s next depends on those who will understand and follow him. As for myself, my country, my continent, I can only hope that leading by example still works, because it’s the only way the current Evil Empire, bigger, more complex and more perverse than the first, can be shattered: somehow, I don’t know how, my people and the good people of the West will unite in values and principles with the America of Washington, Lincoln, Reagan and, yes, Trump, not with anti-America, because there is no other way, so help us God!