Dedicated to Greta and the believers in the climate apocalypse caused by humans, out of respect for the public, truth and science

Without enough CO2 there could be no life on Earth. In other words, the biosphere would be the dead-sphere because, among other things, the global temperature would be too low and the land and oceans frozen. These things should be learned at school. 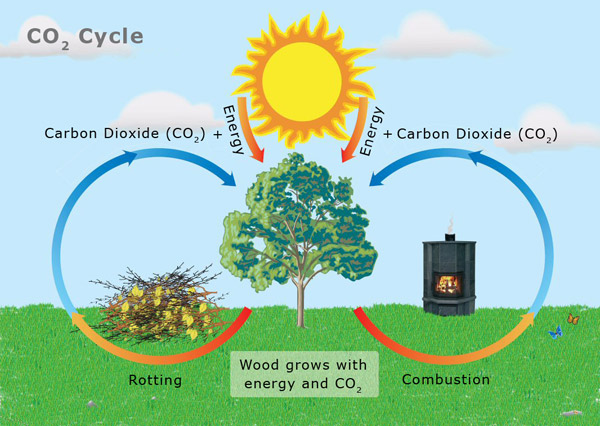 Also at school, Greta and the climate apocalypse believers should have learned that plants „feed” on CO2 giving them in return the oxygen of their life (it’s called photosynthesis) and converting the carbon into biomass. This is how the planet’s forests absorb more than 30% of CO2 in the atmosphere, the rest being taken care off by oceans, soils and permafrost (the frozen soils in the polar regions).

Furthermore, the famous NASA (otherwise an active promoter of our „decarbonization”) found in 2014 that the response to increased CO2 emissions is increased CO2 absorption in tropical forests. Also, more recent studies have found that vegetation’s ability to absorb and store CO2 is greater than previously thought, and overall vegetation, oceans and permafrost still absorb more CO2 than humans and nature combined produce.

In addition, in 2015, an international study carried out over a period of 20 years, found that the planet is becoming greener and trees are growing back, surprise!, mostly in countries with an increased rate of urbanization and economic development. Therefore the solution for more green nature to absorb more CO2 seems to be to increase rather than reduce people’s „carbon footprint”.

What else should Greta Thundberg and the children learn at school, in natural sciences classes, instead of political activism? For example, they should be tought that although CO2 emissions have increased with industrialization and implicitly with the population, the global temperature has remained relatively constant. From 1880 until now, it has increased by about … 0.8 degrees Celsius – if we are to believe NASA Earth Observatory data.

On the other hand, there was a time, not long ago, for instance in 2012, when the same NASA, based on the same data, warned us that a global cooling is coming due to the solar cycle we are in (no. 24) and the next one (no. 25) ) in which solar activity will be weaker. Fact confirmed in September 2020 – when you were busy with the „killer virus” and its „pandemic”. Then NASA officially announced that we are entering solar cycle 25, which will be the weakest in the last 265 years, since the recording of these cycles began (1755). So global temperatures will be lower.

Also in 2012, serious scientists were pointing out that climate models predicting global warming are deficient (I wonder why), on the one hand exaggerating the importance of CO2 emissions, on the other hand ignoring the cycles of solar activity and/or oceans’ temperature.

For instance, Prof. Judith Curry from the Georgia Institute of Technology, one of the most respected climatologists in the US, stated that it is already obvious (according to the data collected globally) that factors other than our CO2 emissions are driving climate change, and gave the example of the last 60-year cycles of the Pacific and Atlantic water temperatures: when both oceans cooled, the climate cooled.

The same is the case with the ignored solar activity declining for several decades. 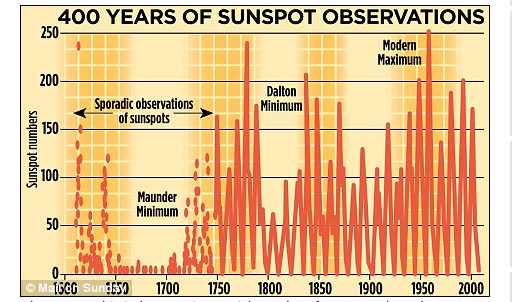 Meanwhile, despite the increase in our CO2 emissions, the July 2022 „heat dome” temperatures are below the highs in previous solar cycles, and since 1998 the global warming has been experiencing the famous „pause” (still debated or denied despite the data). And it was known before 2012 … 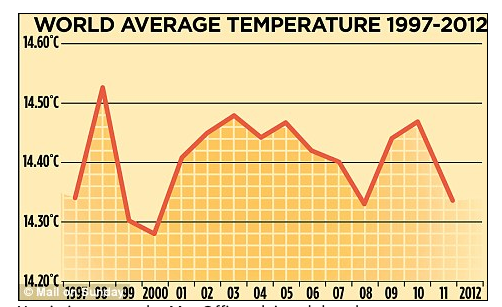 Meanwhile, La Niña and El Niño (Pacific currents also known collectively as ENSO, El Nino Southern Oscillation) continue to run wild on their own despite the patterns and increased CO2 emissions, producing the warming or cooling of the climate – with cold waves and unusual rainfall like those in India last year. And it was known before Greta, Al Gore, Obama or the Green Deal…

Meanwhile, the boiling planet propaganda, not supported by data but only by statistically manipulated „models” (such as Michael Mann’s „hockey stick” proven to be false in the courts), executed a masterful linguistic turn: it gradually gave up the phrase „global warming” and replaced it with the more inclusive and ambiguos „climate change”. 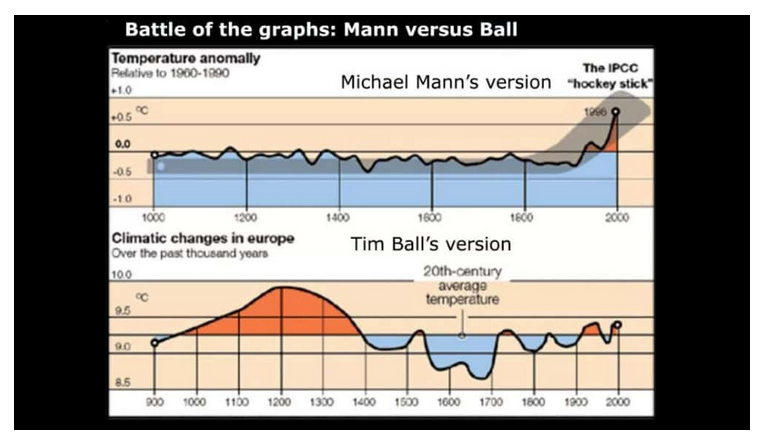 Yes, all these were known before 2012 and before the Nobel Prize awarded to Al Gore (instead of Oscar) for the artistic political fiction An Inconvenient Truth, in which Michael Mann&co fraudulent science played a decisive role. The most inconvenient truth being that these things are no longer taught in school, where now prevails Greta’s ignorance – in other words, the science of fear and propaganda of the climate apocalypse determined by humans…

Well, climatology is a science that so far has found more questions than answers. But among the serious answers to the above questions are the solar cycles, the activity inside the Earth, plus the oceans, the forests and the permafrost that absorb more CO2 than they send into the atmosphere.

No, climate science has no clear evidence of the anthropogenic [human-caused] global warming.  Its current models cannot isolate the minor human contribution from the major NATURAL causes that determine climate change, and the hypotheses and theories are within the order of dozens; yes, you read right „dozens”.

Science cannot fully understand or quantify even the cycle of carbon or heat in nature, it only observes them, researches, discovers, constantly corrects and wonders. And the meteorology, as you can see, is not able to tell us exactly if it will rain tomorrow or where.

Therefore, for sure and complete answers you should ask God, because He created this extremely complicated ecosystem for us.

No, don’t ask Greta Thundberg, Al Gore, Emmanuel Macron, Joe Biden, Ursula von der Leyen, Boris Johnson, the supreme sages at Davos, „green” political parties or NGOs, nor their „experts” or other promoters of the climate ideology,  who all think they know better than God and actual scientists who acknowledge their limitations. But you can always seek advice from them in consideration of their outstanding merits  in no limit propaganda, aberrations and scams. 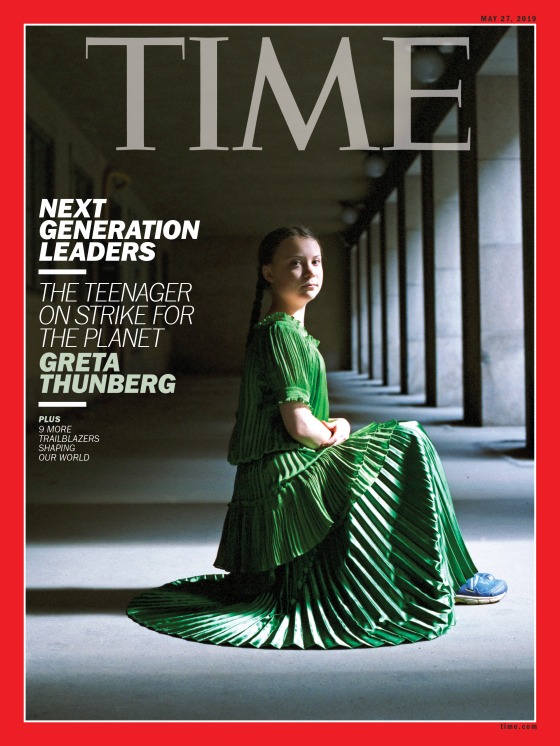 What we should all know is that there is NO scientific consensus on the causes and patterns of climate change. Science is far from being settled. For instance, only for the global warming ‘pause’ there are dozens of explanations proposed by scientists:

‘There are over 40 explanations for the warming hiatus proposed by scientists from small volcanoes, ocean movements, effects in the stratosphere, data gathering problems and many more. They can’t all be right they are all a valuable contribution to a scientific mystery. It shows us that the real science is not settled – Dr David Whitehouse, 2016.

Consensus exists periodically only in the world of propaganda or politically manipulated science. 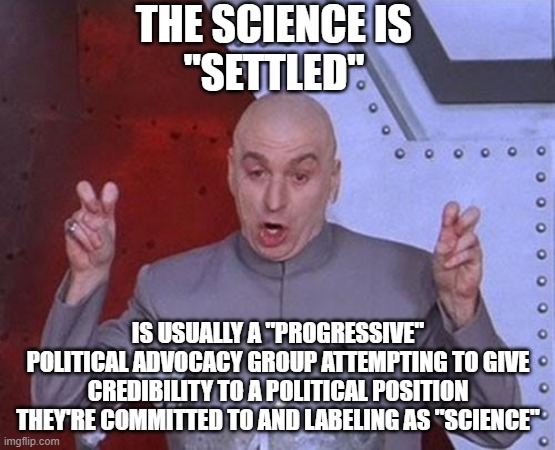 We are now in the propaganda cycle of global warming, which is a political religion – in other words, utopia or ideology. One that tends to destroy people’s lives, health and civilization itself – specifically the West and only the West – through political treaties like the Green Deal, while dumbing down young generations, manufacturing for them idols out of lazy-minded teenagers like Greta Thunberg or  indoctrination programs like the one below.

But let’s not forget that in the not-too-distant past (the 70s) we were in another propaganda cycle: the fear of freezing.

In 1974 Time magazine published an article entitled Another Ice Age. In 1975 Newsweek announced The cooling world. In 1978, the New York Times seconded them, attributing the no end cooling trend to the „circumpolar vortex.”

However, at least back then scientists and media weren’t so stupid or corrupt as to start blaming the polar vortex or the extreme cold on global warming like in 2014 – when the East Coast of the US saw record low temperatures. Lucky for us, the unregimented media reminded us of the cooling propaganda of the 1970s:

Lou Dobbs on Fox News: ‘This cycle of science… if we go back to 1970, the fear then was global cooling.’

Rush Limbaugh: ‘A 1975 Newsweek cover was gonna talk about the ice age coming. So they’re really confused how to play it.’

Sean Hannity on Fox News: ‘If you go back to Time Magazine, they actually were proclaiming the next ice age is coming, now it’s become global warming… How do you believe the same people that were predicting just a couple decades ago that the new ice age is coming?’

Indeed, how to believe them? Simple: choosing propaganda and politics over actual science.

Separating science from propaganda or politics has become harder than ever. Yet necessary for defending our lives and well-being from the effects of climate ideologies that have the tendency to become state policies and are about to turn into sure victims entire nations of the civilized world – the West, yes, and only the West, because the larger and less civilized rest of the world doesn’t line up.

Science is hard, I know. But practiced with integrity and fear of God it is a vital benchmark. On the other hand, politicized science is a disaster, often with criminal effects – the recent experience of the  official Covid “science” has proved it once again. 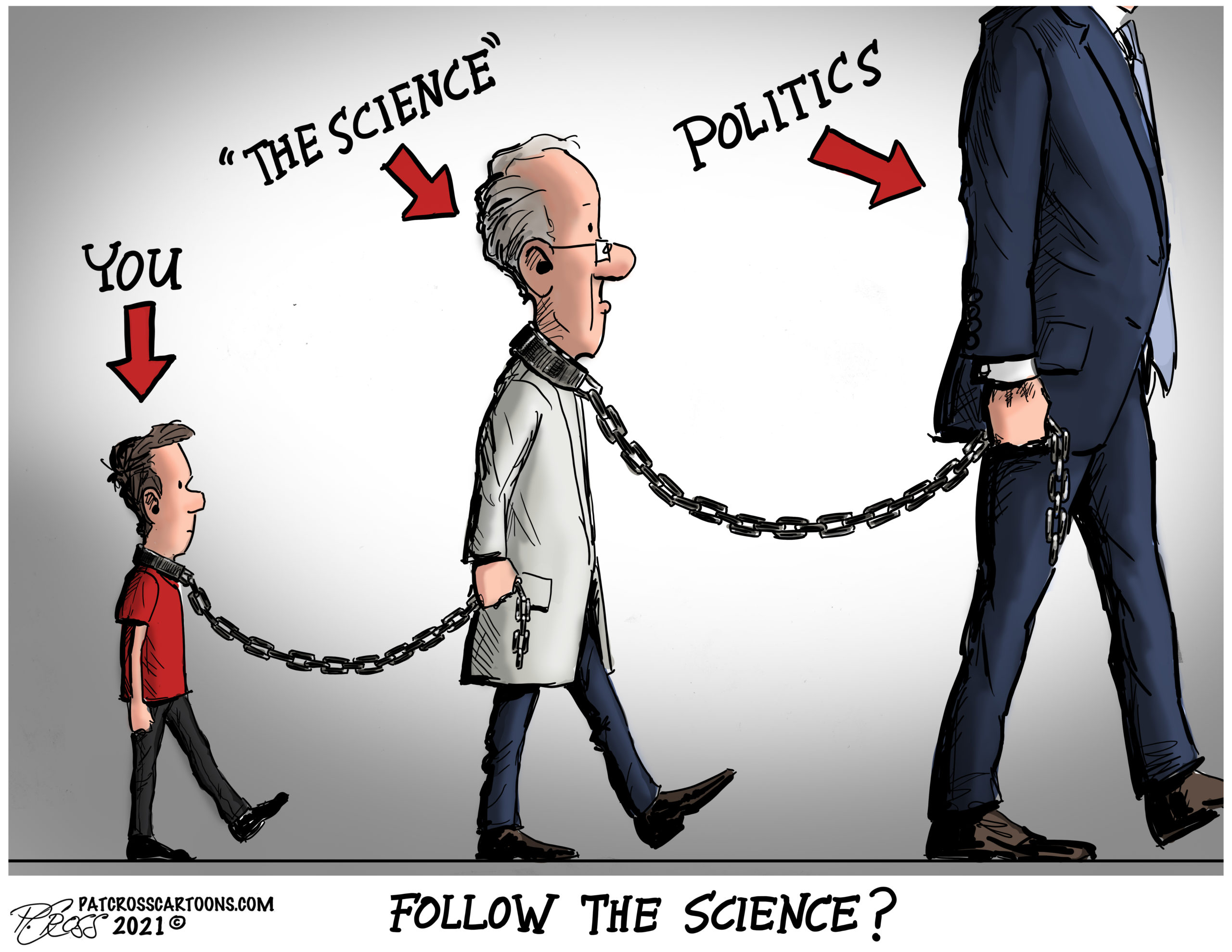 And precisely because I respect science and dstinguish it from politics, I’m not denying climate change, but I know its occurence is natural, inevitable and uncontrollable by humans. I’m not against renewable energies, but I advocate for keeping them within reasonable and sustainable margins.

I am instead opposing the insane green policies (such as Green Deal) precisely because they deny reality and falsify science, pushing towards unsustainable (if not aberrant)  limits our „decarbonization”, the share of renewable energies, the reduction of fossil fuels or meat consumption, or the use of the electric cars – which are anything but „green”,by the way. All of this with human and material costs endangering not only the well-being and security of the nations lining up,  but their very survival.

There is only one way to stop this ideological insanity: the public exposure of the impostors and culprits, holding them morally and legally accountable. Without proper respect for people, science and their limits it won’t be possible.