I was born in the late 60s, in a country like a big jail: the Socialist Republic of Romania. In fact, what they called socialism was (back then exactly like today) the only possible form of communism: Marxist totalitarianism.

As in any dictatorship, some unimportant individual liberties subsisted – after all, the communists, as any other despotic ruling class, needed most of their citizen-slaves to keep calm, breathe and work for them. But those liberties were scarce and irrelevant while the fundamental ones were forbidden. Religion, morals, press, public speech, private property, education, healthcare, food, sex, entertainment and all aspects of social and individual life were under the discretionary control of the Party-State. Democracy and elections were a mockery, and life itself was seized, rationalized and redestributed by the „enlightened” rulers, as they pleased. It was totalitarianism text book case, the eternal dream of the Left.

In a totalitarian society some may think they’re alive, but they’re not. Because their life doesn’t belong to them anymore, but to the Big Brother-State and its planners. Conformity with their dictates is mandatory, and ensured by the ubiquitous State of Fear. No, in a dictatorship  the judiciary, the police and the military do not work to protect and serve the people and their God given Life and Liberty; they protect and serve the ruling class and its dictates against the people. As for dissent, it always ends in quick and painful social and physical death, and no one is spared or safe.

I know all that and much more about the Left’s methodology of lie, deceit and crime, not only from the history books, but because I fully experienced it in the first 22 years of my life. Then …

Then Ronald Reagan came, tore down the old Evil Empire [USSR] and, at least officially, communism ended in my country. Except it didn’t.

Communism (or socialism, if you want, since socialism is the only possible communism) was rebranded and much better packed, sold and exported into my country (and all over Europe) by the Western New Left. It was presented to my people under FAKE political identities such as progressivism (which is pure regressivism); democratism (which was blatant anti-democratism), liberalism (which was mere Neo-Marxism) or even (degenerated) conservatism or Christianity. From America it came mostly with the Democrats, under the fake „liberal” name. Who whould have thought 30 years ago? I know I didn’t.

Thirty years ago I knew nothing about the American Left and its history. I had no idea Woodrow Wilson admired European fascism and FDR loved statism and Stalin. I had never heard of the American Socialist Party and its six times presidential candidate Norman Thomas. I had no idea Herbert Marcuse, one of the founding fathers of cultural Marxism, was so beloved and embraced by Columbia University and Harvard in the 50s, then by so many top American universities and … Hollywood. And I hadn’t yet heard about or read William F. Bukley’s God and Man at Yale or Allan Bloom’s Closing of the American Mind.

So, back then, I couldn’t imagine Americans willingly trading their precious and unique Liberty, Constitution and founding values for the murderous Marxist disaster that I already experienced. Definitely not because the last was presented to them under FAKE LABELS and masterful LIES – because that’s what the Left always does.

„The American People will take Socialism, but they won’t take the label”, wrote Upton Sinclair in 1951 in a letter to Norman Thomas.

No. Thirty years ago I thought this, socialism, could never happen in America. Because I knew nothing about the American left, and apparently neither did many Americans.

For me, in the 80s and early 90s, America was Ronald Reagan’s country, therefore the fall of the ultimate Land of the Free under the reign of the Left was unconceivable. But then the Clintons and the Obamas came along and made it possible. Or almost possible. 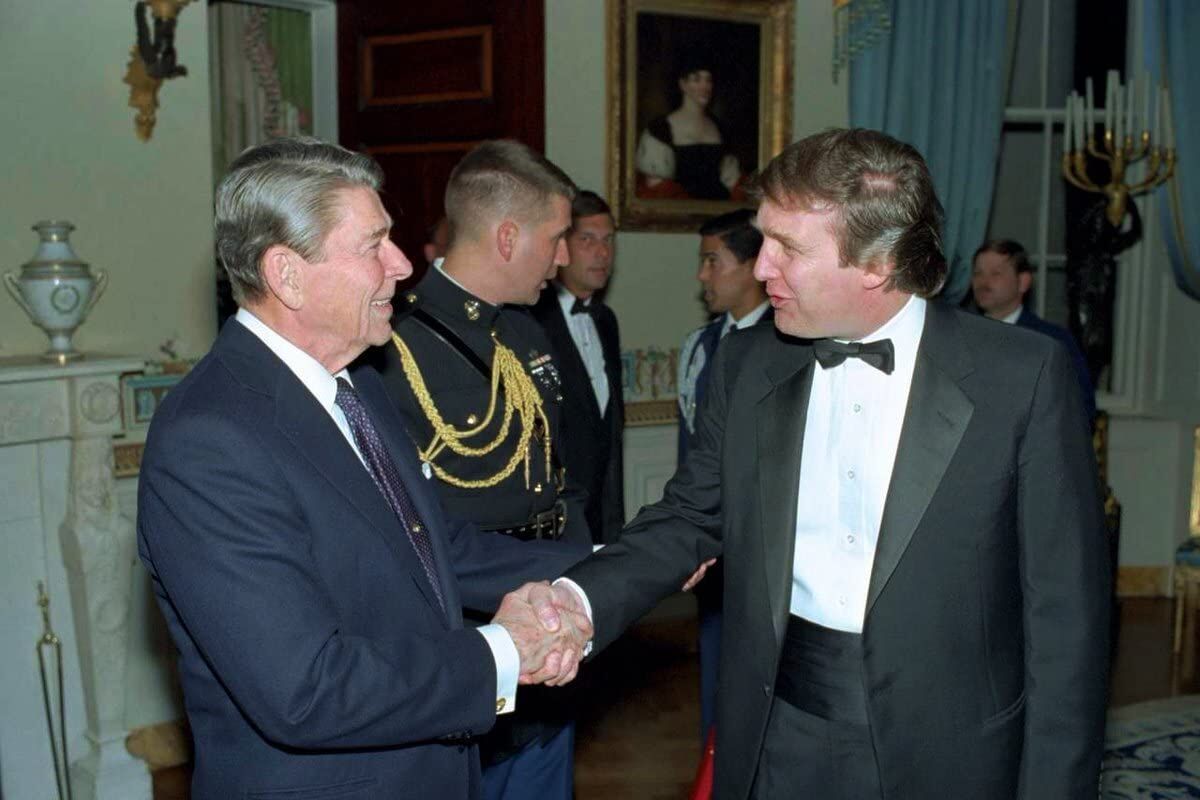 Almost, because in 2016, a brave man with a strange haircut, who loved Reagan and his country more than his impressive fortune and good living, put his life and family on the line, and brilliantly interrupted their plan. He exposed them, the Left – the American, Western and global Left – like no other. In less than 3 years, against unprecedented adversity and treason even from his own party and administration, Donald Trump made America, that One Nation under God, great again. And most Americans loved him for that, so in 2020 voted for him in unprecedented numbers.

Yes, Donald Trump did won the 2020 presidential elections. Both votes: the electoral and the popular vote. From a distance. Evidence keep flowing ever since.

And yes, on October 2020, in his Freudian slip, Unelected Joe was right: ‘We’re in a situation where we have put together and you guys did it for us …for the Obama’s administration before this… we put together, I think, the most extensive and inclusive voter fraud organization in the history of American politics.’ Listen:

And they did it. The domestic Left, working with and for America’s foreign and domestic enemies. The most extensive and inclusive voter fraud organization, indeed. The Supreme Court of the United States was historically instrumental. All nine morally corrupted men and women in black trashed the American Constitution, Democracy and Rule of Law like never before. So did the former Republican Vice President and the RINO establishment, while Big Tech, Big Media and Big Money helped all the way. They installed in the Oval Office a Fake President.

Now they are moving forward to finish Obama’s „fundamental transformation of America”. To completely destroy the Constitution. To fully wage the „blessings” of the Obama Neo-Marxist cultural revolution (the woke and cancel culture) against the American people. To forbid and erase from the American public speech and mind the fundamental values established on the 4th of July 1776, by the Declaration of Independence.

This is their ultimate goal: to replace democracy with oligarchy, and the Union with the centralized Reign of the Left, for ever if possible. That’s what the American Left and the Democratic Party diligently seek for more than a century. And in their pursuit for their ruling class happiness, they will indeed boldly go where no one has gone before since the Obama era. The question is: will they succeed? I don’t know. They might. Or maybe not?

Maybe not, because Donald Trump is still alive and kicking, and the Republican Party is now his party.

Maybe not, because the American Republic has 50 states, and in most of them, the Republican (even Democrat) legislators, public servants, judiciary and the citizens never stoped working to secure the integrity of the next elections.

But most of all, I believe the fundamental transformation of America won’t work as long as „we the people”, enough of them, will remember they have a Declaration of Independence, part of a Constitution like no other in the world, and they’ll fight to restore both of them. It’s vital, because that’s what protected them from tyranny and totalitarianism for more than two centuries. And that’s exactly why Europe failed in this respect time and again, miserably and notoriously in the 20th century: nowhere and never on my continent there was enough political and social consent for such a constitution and list of fundamental values. 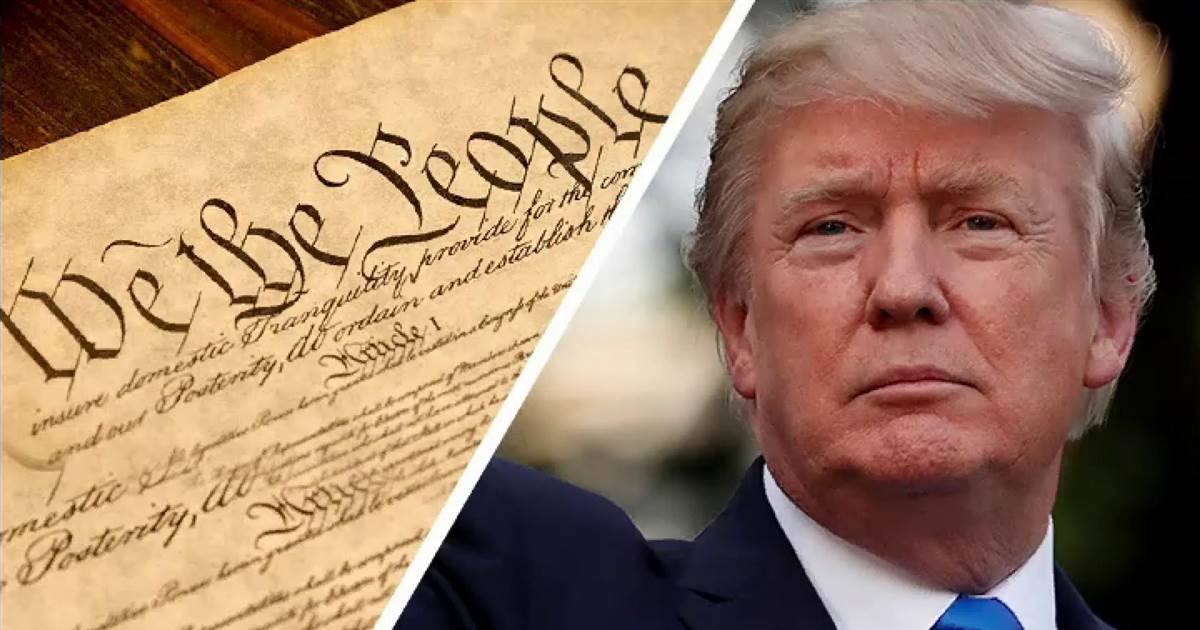 I don’t know if America the great, the mankind’s last best hope for Freedom, Democracy and Capitalism, will resist on its own to this unprecedented domestic and foregin attack. I know my country won’t, and neither will Europe and Civilization without America.

That is why today, the 4th of July, I chose to share these thoughts in the language of Thomas Jefferson and the Declaration of Independence. Because while the people of my continent definitely owe a lot and still have a lot to learn and hope from America the beautiful, I believe it’s time for more American patriots to learn from us about what, how or why went wrong in our modern history, in order to prevent it.

Our enemy, the Left,  it’s common; so are its totalitarian perils. What happened to us can happen to any nation, no matter how great. The methodology of Evil, the lies, the crimes, the scams, are the same.

The only fundamental difference between America and the rest of the Western Civilization (formerly known as The Free World) is that two centuries ago America was given, by the will of God and some brilliant, brave and visionary men (the Founding Fathers), a start like no other in history. Cherish it like never before and don’t ruin it! This is my message for my American friends today. Restore your beautiful Constitution, Republic and Democracy. Yes you can!

If you do, billions of people, born and unborn, will be grateful to you, and some may even follow sooner than we think. But if you fail, that „thousand years of darkness” Ronald Reagan mentioned in 1964 may be closer than you believe. For all of us.

Yes, it is again a time for choosing. But you’re not alone. The ruling class betrayed all of us on both sides of the Atlantic.

So, in spite of the  globalist betrayal, despite the geographic distance and historical differences,  „we the people” of many European countries are in this together. Some of us even remember Ronald Reagan though he was never our president. I wish more Americans and Europeans would learn his wisdom and follow his example. Donald Trump did and so have those who follow him – many more than I hoped 5 years ago. I hope even more Americans will learn better and choose better in the future. All the God and Freedom loving people in the world need America the beautiful (not the anti-America) back again. So get it back, my friends.  And if you ask me, yes, of course you can.