Context: In the Republic of Moldova, the Action and Solidarity Party PAS of President Maia Sandu won the July 11 parliamentary elections. The victory was applauded by the political class and the press in Bucharest.

For some years now, in the political jargon in Chișinău, it’s been introduced the narrative (based on very little evidence) that one of the main causes of the failure of the Republic of Moldova is the „geopolitical factor”. Specifically, the fact that society would be divided (and indeed it is to some extent) between at least two major foreign political orientations – pro-European and the pro-Russian – and the situation would be exploited pettily (they say) by politicians as well as the external powers representing these two vectors.

The proposal of those who promote this theory is the following: why should the Moldovan society bother to choose and distinguish between the two orientations, to discern a clear, exclusive hierarchy from which should result that the western orientation is conclusively superior to any other development model? As such, the Moldovan society is invited to exclude the geopolitical factor from the political and electoral equation, from the internal debate, because the geopolitical factor disrupts and divides the society.

Why can’t the Republic of Moldova solve its internal problems related to corruption and poverty? Because we are diverted from the effort to solve these problems by the confrontational nature of this geopolitical element. If we didn’t bother with the issue of orientation and integration of the Republic of Moldova in one of these rival blocs, we could focus on solving our internal problems. What weakens Moldova’s performance as a state? The lack of consolidation, of internal unity. What exactly compromises this unity? The division of the population between East and West. The solution? Exclusion of this irritating geopolitical element from the discussion.

In other words, this „geopolitical factor divides society”, endangering the existence of the Moldovan state itself. How exactly? Through the competition between the great powers inside the Eastern European space, which threatens the state of Moldova especially if its population chooses, God forbid, to embark permanently in a „geopolitical camp” or another. Therefore, a „balanced” approach is needed in Eastern Europe: a fruitful collaboration with European money, but without irritating Russia too much.

This strategic direction is formulated as firmly as possible by the new ideologists in Chișinău. In Bucharest, on the other hand, no one listens nor understands what those people say. The press and journalists headline contradictory statements in consecutive sentences, without being disturbed by the paradox. „Maia Sandu is advancing her winning strategy to eliminate the divisive geopolitical factor from her election message / Maia Sandu, the pro-European candidate, is reaping a crushing victory against Russia, leaving Putin high and dry.”

Therefore, although the battle for the Moldovan Parliament was eminently geopolitical, geopolitics was strategically excluded from the equation by the tactical intelligence of President Maia Sandu, and the people closely united, overcoming the geopolitical division. The Moldovan people „overcame the geopolitical cleavage”, but „won a victory against Russia, ensuring a clear victory of the West in Moldova.” Don’t laugh: these are the approaches.

On the other hand, the paradoxical reality of this principle of „overcoming the geopolitical factor” is that the financing of the announced reforms should be done with the money from the European Union, the generous Western embassies in Chisinau, and with the contribution of the NGOs of the civil society that take their light and financial resources from the West. Not to mention the very discourse on „overcoming geopolitics” which has its origins in the same Western-funded NGOs, institutes and think tanks. The geopolitical elimination of geopolitics. Makes perfect sense, right?

I insist on this absurd principle with no pleasure in returning permanently to its idiocy. I believe that Moldovan society, like any other society, has no „cleavage” to overcome, neither geopolitically, nor doctrinally, nor ideologically. People simply have to choose between one orientation or another, one idea or another, one doctrine or another, in a debate, a confrontation in which political and electoral actors should wear their labels honestly, in plain sight, presenting a clear agenda, without the confusing amalgams, delusions and deceptions of this “consensus”. But that would mean we are a free society.

Solidarity with whom, action for what?

As a product of this new ideology of consensus, the Action and Solidarity Party PAS is not a doctrinaire political party. This is what the very party members announce: political doctrine does not exist for them because doctrine is one of the „factors” that „divide society”, „distracts us from the real priorities”.

PAS is, in this sense, rather a national project, a Party-State. The goal of PAS is, no more, no less than the „consolidation of society” as an essential premise for the „consolidation of the state Moldovan State”. To this end, PAS has at its disposal all the necessary infrastructure and tools: the press, the electoral agitators of the „civil society”, embassies, external centers of power and financing to which it has privileged access and we have yet to understand why. 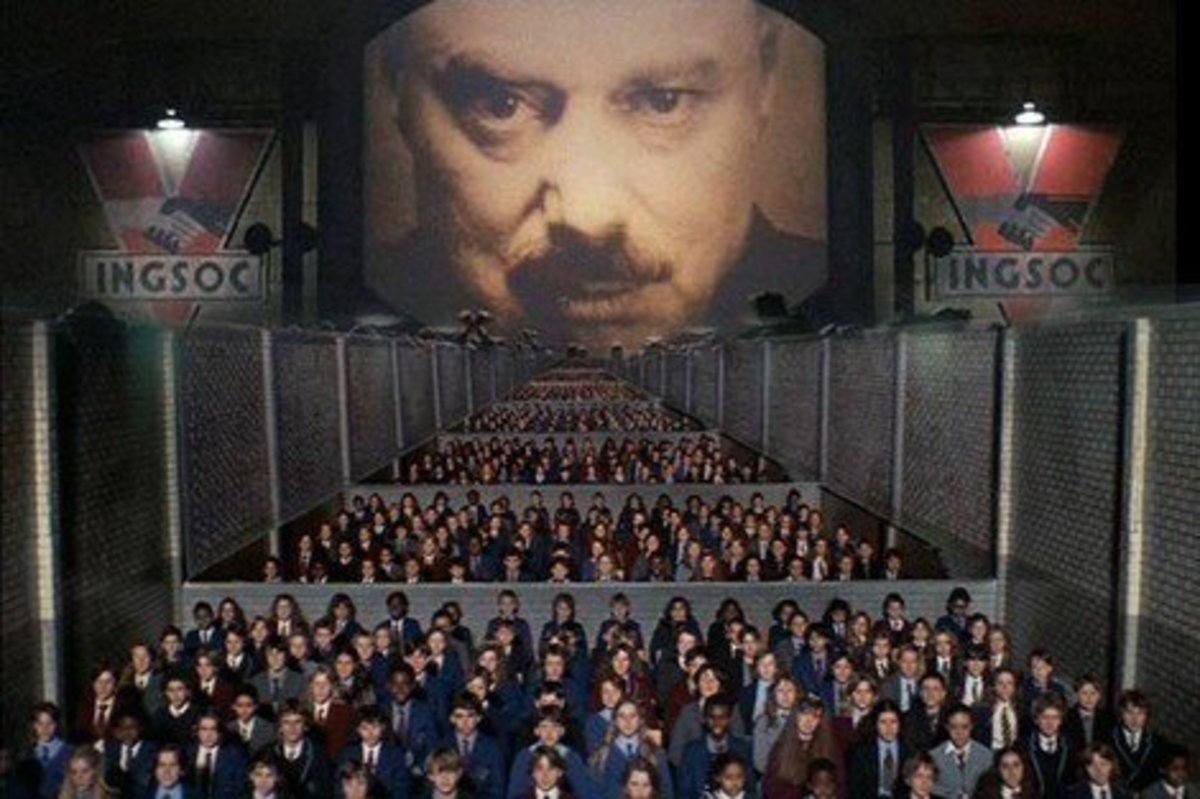 In the shadow of this national project to consolidate the State and the Moldo-statist identity, no other voices or dissident projects are allowed. Whoever diverges or dissents is a saboteur, a social disruptor. And the greatest Moldovan „saboteur of statehood” is the unionist project, the union with Romania. No, not Russia. With Russia, if we send the unionists inside to their corner, if we agree on the withdrawal of the army from Transnistria and offer political guarantees that no union with Romania will ever be possible, then „we solve the Transnistrian problem”. As for Romania, which has no unionist project and, as things stand, won’t have any time soon, well, Romania is only good to pay.

Unionism with Romania, this is the great enemy. Unionism, as a project of those people of the Republic of Moldova who still have the strength and determination to believe in such a thing, after all they’ve been through since the brutal annexation of their (Romanian) homeland by the Soviet Russia, in 1940.

If you’re already tired of this nonsense of „overcoming the geopolitical factor” – with money from a geopolitical actor, the EU, which thus buys the promise of non-combat with Russia in Moldova -, you will discover at the end of this policy something else: the exclusion of the identity factor in the Republic of Moldova.

More than the famous „geopolitics”, the national identity factor is the great challenge for the state of Moldova and its existence: are Moldovans a distinct nation, which justifies a separate state, or are they Romanians and their purpose is to become, through (re)union with Romania, part of the Romanian political nation again?

Precisely because my unionism is not mandatory for everyone, for now the answer is not even about the necessity or opportunity of the unionist project, which some consider necessary and/or timely, some less, others not at all. That’s not the problem; we can discuss about that. So for now, the answer lies in the honesty and consistency we show. In this sense, why maintain, from the position of an alleged unionist a shameful Moldovanism in Chișinău, such as it was reformulated in European clothes by Maia Sandu’s party PAS, which for years has made known its  identity platform? What do you hope to get? All the respect of Mrs. Sandu, of course, who will thank you very much for the election campaign you did for her from Bucharest, but will invite you not to „speculate on the identity factor” because „you divide the society”, and „The Republic of Moldova needs to consolidate its state.” That is to ensure that Russia does not change anything fundamental on the Eastern Front. Keep walking.

We don’t know how European Moldova will become in the next period. There will be more bike lanes in Chisinau, that’s for sure. But it is possible to become, despite any appearances some try to maintain, less and less Romanian. In 30 years we have lost, biologically, a last generation that had contact with the pre-war Romania – the free, whole Romania before being shred to pieces by the Ribbentrop-Molotov Pact. But we have also lost ideologically another: a  younger generation for which the unionism established on the idea of valuing the nation you belong to, cultivating national identity and restoring the historical memory is something close to xenophobia, condemnable without nuance as crooked nationalism.

From this point of view, the post-election bad taste enthusiasm of many in Bucharest is demoralizing.

Marcela Tusca, born and based in Chisinau, is a history graduate from Alexandru Ioan Cuza University in Iasi and the Inalco-National Institute of Languages and Civilizations in Paris. Her opinions, published by marginalaetc.ro and other media pages, mainly reflect issues related to the Republic of Moldova.